Jesus Christ was born some two thousand years ago, to a woman named Mary. When she became pregnant, Mary was engaged to be married to a man named Joseph, and she was still a virgin. The Bible is clear that Jesus is the son of God – he was conceived by the Holy Spirit, God’s power.

And the angel said to her, “Do not be afraid, Mary, for you have found favour with God. And behold, you will conceive in your womb and bear a son, and you shall call his name Jesus. He will be great… The Holy Spirit will come upon you, and the power of the Most High will overshadow you; therefore the child to be born will be called holy—the Son of God.”

Whilst Jesus is the son of God, he was also a human being, inheriting from his mother the mortality that we all share. He faced temptations to sin, just like we do.

For we do not have a high priest who is unable to sympathise with our weaknesses, but one who in every respect has been tempted as we are, yet without sin.

The difference is that Jesus was perfect in his obedience to God; he did no sin, despite having the capacity to sin like we all do.

Although he was a son, he learned obedience through what he suffered.

Because he is the son of God, and by completely submitting to and fulfilling his father’s will, Jesus revealed to us the nature and character and purpose of God in a way that nobody else could.

I made known to them your name, and I will continue to make it known, that the love with which you have loved me may be in them, and I in them.

Jesus’ obedience was complete even to the giving of his life in a cruel crucifixion.

And being found in human form, he humbled himself by becoming obedient to the point of death, even death on a cross.

This was God’s will, and it reveals to us the incredible love that God has for his creation. He wants us to believe in him and live forever with him in his coming kingdom. Through the obedience of Jesus, we have the wonderful hope of everlasting life in a perfect world!

For God so loved the world, that he gave his only Son, that whoever believes in him should not perish but have eternal life.

Yet the grave could not hold Jesus. He did no sin and did not deserve permanent death, so God raised him to life again and exalted him to a high position. Following his resurrection Jesus ascended to heaven to be with his father, and he is there today, waiting to return to earth to establish the kingdom of God and restore creation to perfection.

Therefore God has highly exalted him and bestowed on him the name that is above every name, so that at the name of Jesus every knee should bow, in heaven and on earth and under the earth, and every tongue confess that Jesus Christ is Lord, to the glory of God the Father.

Further reading on this and other topics is available on the website of the Christadelphian Office:

Jesus Christ – God the Son or Son of God? 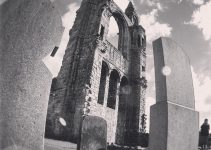 After reading the Bible for myself, I came to the conclusion that it can be trusted as God's message and instructions for mankind. I was baptised and I am awaiting the return of Jesus to the earth. Apparently I'm a bit of a geek, though I don't know where people get that idea from...

Where shall I go from your Spirit? Or where shall I flee from your presence? If I ascend to heaven, you are there! If I make my bed in Sheol, you are there!
Psalm 139:7-8
We use cookies on our website to give you the most relevant experience by remembering your preferences and repeat visits. By clicking “Accept All”, you consent to the use of ALL the cookies. However, you may visit "Cookie Settings" to provide a controlled consent.
Cookie SettingsAccept All
Manage consent

This website uses cookies to improve your experience while you navigate through the website. Out of these, the cookies that are categorized as necessary are stored on your browser as they are essential for the working of basic functionalities of the website. We also use third-party cookies that help us analyze and understand how you use this website. These cookies will be stored in your browser only with your consent. You also have the option to opt-out of these cookies. But opting out of some of these cookies may affect your browsing experience.
Necessary Always Enabled
Necessary cookies are absolutely essential for the website to function properly. These cookies ensure basic functionalities and security features of the website, anonymously.
Functional
Functional cookies help to perform certain functionalities like sharing the content of the website on social media platforms, collect feedbacks, and other third-party features.
Performance
Performance cookies are used to understand and analyze the key performance indexes of the website which helps in delivering a better user experience for the visitors.
Analytics
Analytical cookies are used to understand how visitors interact with the website. These cookies help provide information on metrics the number of visitors, bounce rate, traffic source, etc.
Advertisement
Advertisement cookies are used to provide visitors with relevant ads and marketing campaigns. These cookies track visitors across websites and collect information to provide customized ads.
Others
Other uncategorized cookies are those that are being analyzed and have not been classified into a category as yet.
SAVE & ACCEPT
X